California GOP Will Look To Recharge After Recall Loss 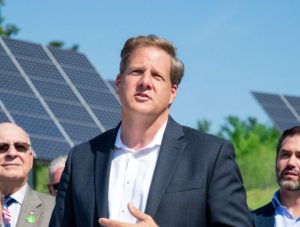 62.5-percent of state voters opposed the recall and 37.5-percent were in favor. The top GOP vote-getter, when asked to pick a replacement, was talk radio host Larry Elder, with 48-percent. Democrat Kevin Paffrath was second with 9.8-percent, and Republican Kevin Faulconer was third with 8.3-percent.

A three-day convention begins today in San Diego where party leaders and delegates will discuss a new path forward. New Hampshire Governor Chris Sununu will be the keynote speaker.

The Republican Party now accounts for about 24-percent of registered voters in the state, while the Democratic Party has 47-percent. Democrats hold all statewide elected positions in California and hold the majority in both houses of the state legislature.

The most recent success for Republicans has been with US House of Representatives, where the GOP took four California seats from Democrats in 2020.