Officials Will Be Out Looking For Lightning Caused Fires 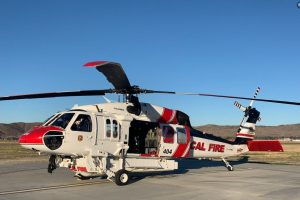 Sonora, CA — There was a mix of lightning, rain and thunder in the Mother Lode during the late-night hours and continuing into the morning.

It is not immediately clear how many strikes there were, but CAL Fire spokesperson Emily Kilgore reports that the largest number was in the Arnold area. She adds that no fires have been located to this point, but says both of CAL Fire’s lookouts will be staffed today, and aircraft will be doing reconnaissance flights.

A Red Flag Warning issued for the Mother Lode and the Stanislaus National Forest, will remain in effect until 11 PM this evening. Click here for more information on the weather.