Dogs Back In Custody Of Sonora Man Arrested For Animal Cruelty 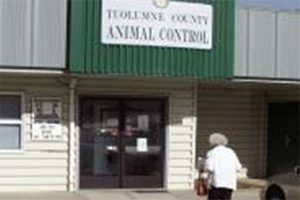 Sonora, CA – Two dogs are back with their owner,  who was arrested for animal cruelty after striking one of the dogs repeatedly.

The incident that happened last month was so disturbing to bystanders that several of them reported it to Tuolumne County Sheriff’s dispatch resulting in the arrest of 57-year-old Edward Rodriguez of Sonora. As reported here, those witnesses hung around to relay what happened to deputies, stating that Rodriguez held one of the dogs down on the street while striking it with both a belt and a closed fist as the dog yelped and cried.

The story invoked outrage by many in the community regarding what happened to the pooches, Clarke Broadcasting got an update from Tuolumne County Animal Control Manager Michael Mazouch. He detailed that when his officers arrived on the scene at the am/pm Gas Station on Mono Way they found that the dogs had runoff. While they attempted to locate the canines, they ultimately escaped capture.

The dogs, which Mazouch described as a male and female about two years old and a pit bull mix, were not at Rodriguez’s residence for several days after his arrest. He told us, his office did “not return the dogs, so I would guess they returned on their own after he was released from jail.”

Noting that Rodriguez “does have custody of the animals at this time,” Mazouch detailed that officers are doing and continue to do “bi-weekly welfare checks on the animals, and they have been observed healthy and active.” He added that those checks will “go on probably until the court case has been adjudicated.”

Mazouch did not know which dog was struck and then, according to witnesses, allegedly had a belt put around its neck like a leash while Rodriguez yanking it, causing it to choke. He also did not have any information on the pooch’s injuries. Regarding whether Rodriguez would lose custody if convicted of animal cruelty,  Mazouch replied, “I would not know the answer to that.  The only person that can authorize the removal of animals from an individual would be a Judge. It would depend on the severity of the act and the injuries sustained…My guess would be a fine and time in jail.”