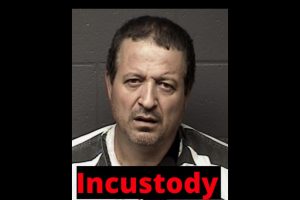 Mariposa County, CA – The names of the victim and shooter in the cartel marijuana grow homicide have been revealed by Mariposa Sheriff’s officials

The victim is 44-year-old Able Alvarez, and the suspect is 50-year-old Miguel Alcazar. Both are from Modesto. Sheriff’s spokesperson Kristie Mitchell details that Alcazar has many aliases including Marco Jimenez that he used often.

The shooting took place after an altercation Sunday night on a property in the Stumpfield Mountain Road area. Mitchell relayed that no exact motive for the murder is known at this time. On Monday, investigators noted that two individuals, suffering from gunshot wounds, had taken themselves to a valley hospital for treatment, as reported here. Mitchell updates that Alcazar was driven by his girlfriend to the hospital and the third person, after being examined at the hospital was cleared with no injuries or gunshot wounds.

While not much information is being released including where the victim and Alcazar were shot, the type of gun used, Mitchell made clear this was a “cartel” involved homicide, stating, “These are part of what we call drug trafficking operations. The illegal marijuana grows that could be associated with cartels. They are all illegal marijuana gardens as part of the drug trafficking operation.”

Regarding what cartel they belong to, she added, “We can’t name a specific cartel that they’re associated with, but they are all illegal drug trafficking operators.”

After questioning Alcazar was arrested that night at the hospital. Mitchell says their motive for putting out this update, “Just to let the public know that there is no threat. We have the suspect in custody.”

Alcazar is currently in the Mariposa County Adult Detention Facility on charges of homicide/ murder.