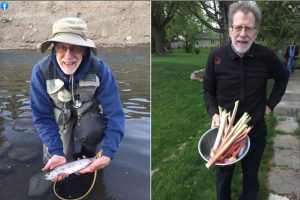 Update at 5:25 p.m.: After inquiries by Clarke Broadcasting to Tuolumne County Sheriff’s officials regarding the body found in Yosemite National Park, spokesperson Deputy Nicco Sandelin revealed, “We don’t have a positive identification on the remains.” He also relayed that an autopsy has not yet been performed, so no cause of death has not been determined. Identification like dental records, DNA and fingerprints could take several weeks. However, in the National Park Services statement detailed below, and available here, it does identify the body as Youngblom saying it was “discovered in LeConte Falls on June 25th.”

A statement released yesterday by the National Park Service reported that the body of 64-year-old James Youngblom, a California State University (CSU) Stanislaus biological sciences professor, was found on Friday, June 25th. It stated that he had been hiking alone but no details were disclosed regarding how Youngblom died.

Also on Wednesday, as an autopsy has not yet been performed on the body, Yosemite park officials put out a request to the public via Facebook for information on Youngblom. It asked for anyone who may have seen him in the area of White Wolf, Pate Valley, or the Grand Canyon of The Tuolumne, between June 22 and June 25,  to contact the NPS Investigative Services Branch by calling or texting the ISB Tip Line: 888-653-0009 or online at www.nps.gov/ISB or email: nps_isb@nps.gov.

Youngblom was an avid outdoorsman and experienced backpacker who took at least one solo backpacking trip each year, according to CSU Stanislaus officials. They add that Youngblom was set to retire in the fall.