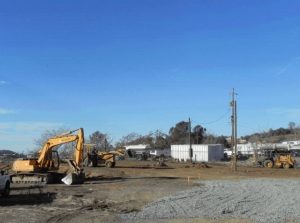 Sonora, CA — There has been some recent movement when it comes to businesses activity in the city of Sonora.

Community Development Director Rachelle Kellogg reports that a building permit has been issued for the new McDonalds that will be located at the Mono Way/Sanguinetti intersection. Contractors are onsite, and they anticipate completing construction, and being open for business, within three months.

Yo Good Yogurt will be opening a second location in Sonora, and it will be situated in the Crossroads Shopping Center in the former Camacho’s site. Building improvements are currently underway.

As reported previously, Panda Express has submitted plans to utilize a portion of the former Blockbuster building. A building permit has not yet been issued by the city.