Jail Funding On The Way? 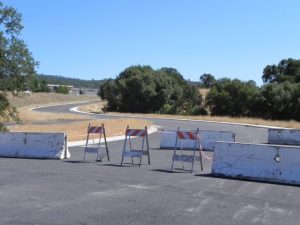 Tuolumne County is a front-runner to receive $20 million in state money to build a new jail.

CAO Pedro has been notified that Tuolumne County has the top rated application, among the 36, and has a strong chance of receiving the maximum $20 million that smaller counties can receive.

“It is exciting because we have been working on this for so many years,” says Pedro. “It started with a vision by then Sheriff Dick Nutting, and has been carried on by all of his successors, including current Sheriff Jim Mele.”

It won’t be until mid-January though that the Board of State and Community Corrections will have a formal vote to award the money.

Pedro notes that Tuolumne County’s top rating from the committee was partly due to having the property and infrastructure already in place. The Jail is planned to be situated off Old Wards Ferry Road.

The $20 million would cover over half of the $36 million it will take to build the jail. Pedro notes that the county is also hoping to receive AB 900 money to cover remaining costs. If not, the county would need to find other revenue sources.

The current jail can hold 140 inmates and the new jail would house 198. It would be constructed in a fashion that also allows for additional expansion in the years ahead.