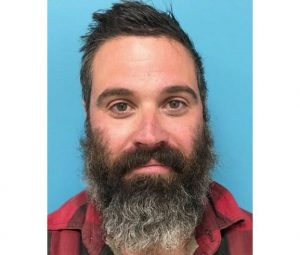 Groveland, CA — The Tuolumne County Sheriff’s Office is releasing more details about an incident that occurred at the Yosemite Lakes Country Store on Highway 120.

The dispatch received a call from a concerned employee at the gas station located west of the Yosemite entrance gate at around 11am on Sunday. Deputy Nicco Sandelin explains, “The reporting person stated an irate man came into the store, armed with a knife and was refusing to leave. Prior to deputies arriving, all customers and store employees were able to safely exit the store.”

Deputies surrounded the store, along with officials from the US Forest Service, Fish and Wildlife, Yosemite law enforcement and the California Highway Patrol.

39-year-old Robert Loschiavo of Oroville, Washington refused to come out, so the sheriff’s office Crisis Response Unit (SWAT and Crisis Negotiations) was activated.

After about eight hours the SWAT team entered and took Loschiavo into custody without incident. They learned that he also used force while inside to steal items. He was arrested for robbery and resisting arrest.

Deputy Sandelin says at this time it is “unclear what his motivation was” for coming into the store irate with a knife. An investigation is ongoing.