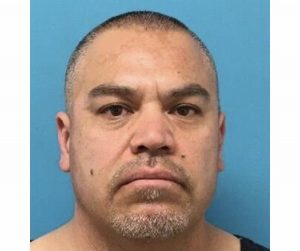 Soulsbyville, CA — A Tuolumne County man is behind bars following a tip from the FBI.

The sheriff’s office reports that Amelio Eredio Renteria was arrested for “threatening to commit a mass shooting.” After receiving info from the FBI, Renteria was pulled over for a traffic stop on Saturday afternoon in the Willow Springs area. He admitted to deputies that he had contacted the FBI and made threats to carry out an attack in Tuolumne County. No additional specific details are being released by authorities.

A search warrant was issued at Renteria’s home and deputies confiscated multiple firearms. An investigation is ongoing. Anyone with information related to the case should call the sheriff’s office at 209-694-2900.