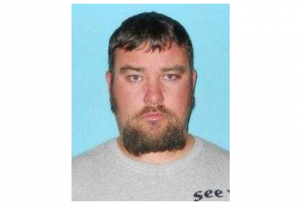 One involved sexual molestation of a child under the age of 14. The Tuolumne County District Attorney’s Office reports that offenses happened on multiple occasions between 2012 and 2014. The first occurred prior to the victim’s 14th birthday and they continued until just after she turned 16. The victim shared the information with a friend in 2018 and it spurred an investigation by the Tuolumne County Sheriff’s Office. Miller was in his mid to late twenties when the crimes were carried out. The DA’s office adds that the victim was a relative of his and there was a shared property that had her residence and the home that he lived in with his wife.

The other crime was a high-speed chase in March of 2019 in which he led deputies on a chase between Sonora and Tuolumne. At one point he rammed into a patrol vehicle. Eventually, his vehicle rolled over, and his passenger suffered severe injuries. He was later determined to be drunk with a blood alcohol level of 0.18.

The case was tried by Assistant District Attorney Eric Hovatter.