One Missing Man Located, Whereabout Of Another Still Unknown 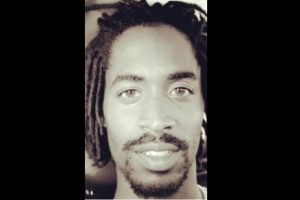 It turns out that 36-year-old Stacey Jordan, pictured in the image box, was not missing. Instead, he just “needed to get away” and Tuolumne Sheriff’s spokesperson Nicco Sandelin disclosed, “We don’t know the circumstances of where he was found, we were just notified that he had been found in Modesto.”

That notification came this past Sunday. Originally, the missing person report filed relayed that a relative reported Jordan had told a friend he was going to the “high mountains,” as earlier reported here.

The other man, 31-year-old Eduardo Martinez Perez, went missing the day after Jordan on Friday, March 5th, as earlier detailed here. His truck was found abandoned at the gate of the Highway 108 Sno-Park. At the time, Sandelin reported that items from the truck were found scattered on the ground around the pickup, reported here. Also, Perez was reported to be heading to Montana. Regarding the search for Perez, Sandelin relayed there is “nothing new to report.”

Any tips or leads of Perez’s whereabouts can be reported to the sheriff’s dispatch center at (209)533-5815.