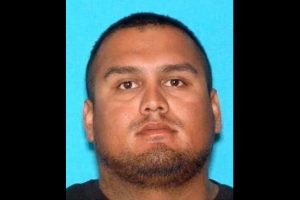 Pinecrest, CA – An abandoned vehicle with footprints in the snow walking away from it are the only clues rescuers have to help find a missing man.

Currently, Tuolumne County Sheriff’s Search and Rescue (SAR) members are combing the Sno-Park on Highway 108 near Pinecrest but have had no luck finding him. The search began Friday afternoon after a suspicious, abandoned vehicle was reported to dispatch.

Sheriff’s spokesperson Nicco Sandelin tells Clarke Broadcasting, “When deputies arrived at the park, it appeared the driver of the vehicle attempted to navigate around the gate but became stuck.” He added that Items belonging to the suspected driver, 31-year-old Eduardo Martinez Perez of Bakersfield, were found outside the vehicle. He is pictured in the image box.

Sheriff’s officials are asking for anyone with information on Perez’s whereabouts to please call the dispatch center at (209)533-5815.

An update will be provided as soon as more information comes into the newsroom.