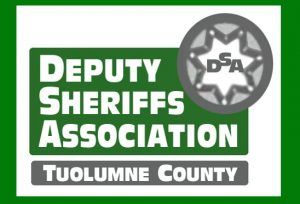 Sonora, CA — The President of the Tuolumne County Deputy Sheriff’s Association has sharp criticism of the county regarding recent contract negotiations.

County Administrator Craig Pedro announced yesterday that the two sides had reached an impasse after failing to reach a new deal after six meetings spread over four months. You can read an earlier story detailing the county’s final proposal by clicking here. It included a 7% increase for sworn in members, but many law enforcement officials would be forced to pay into their health and benefits package for the first time. The County stated that the average compensation allocated for those designated as safety members within the DSA is $99,777. The average compensation for misc. employees, such as booking clerks, dispatch, etc. is $66,275.

This afternoon, President of the DSA, Dan Graziose, put out this letter in response:

“In the morning of July 18th, the DSA received a short letter from the County declaring impasse in negotiations. Just a few hours later, a multiple page explanation, attempting to support the County’s position appeared in the press. That explanation was a Public Relations piece pure and simple, and ignores many of the most important facts surrounding the negotiations and the fact that there is NO genuine impasse. Rather, the County Administrator is trying to steamroll not only the Deputy Sheriff’s Association, but the Sheriff and his entire Department, choosing to put politics above public safety.

Some important facts that were either not clear or were misrepresented by the County:

– The parties are not at impasse!

– The County has NEVER proposed anything other than package proposals that were “take it or leave it”.

– The County has refused to even consider, let alone negotiate, individual proposals.

– Until the County suddenly declared impasse, the parties had been scheduled to meet on July 31st, at which time, the DSA had intended to make additional significant movement in response to the County’s most recent proposal. The County never bothered to explain why it was refusing to participate in the bargaining scheduled for July 31st.

– Movement has been made by both parties at each one of the handful of bargaining sessions that had been conducted.

– The DSA in particular, has made many proposals and an enormous amount of movement, in spite of the fact that we cannot keep deputies in our County due to our non-competitive pay and benefit packages.

– The County has refused to acknowledge or incorporate any of the changes the Sheriff offered to make to assist in reaching a compromise. In fact, the Sheriff seems to have been excluded entirely from the process of negotiations over his Department. He has indicated that he is prepared to negotiate substantial changes to proposals affecting the his Department, but the County has refused to even discuss these issues further, even though the Sheriff is purportedly represented by the County’s negotiator.

– One or more of the proposals over which there has not yet been agreement would be unlawful if the County attempted to impose it.

– Although it is hard to tell from the way the County outlined the proposal, the “wage increase” that was offered was more than offset by reductions in other compensation and benefits (such as increased PERS contributions), as well as increased costs for health insurance. This proposal (after several prior years of concessions that have led to a huge problem retaining and recruiting deputies) actually constituted an overall decrease in compensation for the deputies. We nonetheless agreed to this portion of the proposal.

– Probably the biggest remaining issue was how our non-sworn members would be treated under the proposal. These non-sworn personnel, including the dispatchers who have an incredibly demanding job (and have also had recruitment and retention issues) saw a “last best and final” offer that would have seen their total compensation decrease substantially. Yet, the Sheriff has indicated that he too is opposed to these cuts and the total cost to the Department and County to maintain the status quo would be less than $50,000.

– Throughout these negotiations, we believe the County has not acted in good faith, and has been working as quickly as it could toward generating grounds to declare impasse so that it could ultimately impose its will upon the Deputy Sheriff’s Association and the Sheriff’s Department.

– This Administration has a history of dealing in bad faith and attacking the Department. In early 2011, only months after the DSA signed its last. The County decided to violate the terms of that agreement. The County acknowledged that what it was doing was in violation of the terms of that agreement, but argued that IT had failed to actually have the Board of Supervisors approve the agreement, so it did not have to be bound by it.”