Argument Over A Broken Showerhead Escalates To Felony Charges 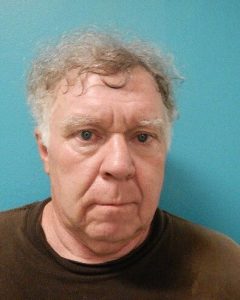 Sonora, CA – Death threats following an argument over a broken showerhead landed a local man in jail on three charges.

Tuolumne County sheriff’s officials report during a landlord/ tenant dispute over a plumbing issue, 64-year-old Robert Ellis Lindsey of Chinese Camp, struck the victim in the chest after which the victim continued toward a vehicle located on the shared property.

Lindsey, who then went into the house, reportedly came back outside, exhibiting a firearm, yelling that he was going to kill the victim, after which the victim departed the property and called the sheriff’s office.

Officials say arriving deputies were not able to locate a firearm and the victim did not suffer any physical injuries from the incident. Lindsey, located at his residence, was arrested without incident for battery, making criminal threats, and exhibiting a firearm. He was assigned a $25,000 bond.