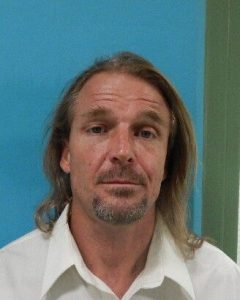 Sonora, CA – A felon in violation of parole is on a no-bail hold following an alleged attack on a roommate.

According to Tuolumne County Sheriff’s spokesperson Deputy Nicco Sandelin, deputies recently responded to a Mi Wuk Village residence for a reported domestic disturbance and upon arrival, could hear the victim calling out for help.

Deputies entered the residence and found the victim inside with several severe injuries to the head and face and learned the victim was involved in a verbal argument with a roommate that had turned physical. The suspect was identified as 44-year-old John Hosek.

While it was unclear what the initial altercation was about, Hosek was no longer on-site and was not located in the area. However, two days later, he contacted the sheriff’s office, was interviewed about the incident and subsequently arrested for battery with serious bodily injury and violation of parole.