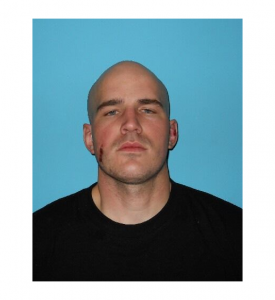 Sonora, CA – A judge gave a 29-year-old local criminal eligible for sentencing under the “Three Strikes” law a chance to turn his life around.

Tuolumne County District Attorney’s Office officials report that on Tuesday The Honorable Frank Dougherty, a visiting judge, declined to sentence Carlton August Schuster of Sonora to life in prison as he could have been under the “Three Strikes” law. After the defendant’s attorney petitioned the court to remove one of his “strikes,” the judge, deciding that a lengthy prison term would allow Schuster to get his life together, handed down a sentence of 26 years and eight months in state prison.

Assistant District Attorney Eric Hovatter who prosecuted the case, opposed the petition arguing that Schuster’s history of criminal behavior, coupled with the theft and sale of a gun, qualified him for sentencing under Three Strikes Law.

Judge Dougherty explained his action was due to the fact none of Schuster’s crimes involved physical violence. According to the DA’s Office, under the current state of the law, he will be eligible for parole consideration in six years.

Schuster’s crime incidents include an October 30, 2018 theft of a safe from his parents’ home, which he had been barred from. Its contents included a handgun, jewelry, and personal identifying documents including passports, some of which, excepting the jewelry and the gun, were recovered in his vehicle.

More Drug Charges While Out On Bail

The defendant, who had three prior convictions in 2012 and 2013 for first-degree residential burglary was eventually able to post bail following the 2018 charge. However, on February 4, 2019, he was stopped for a traffic violation and found to be in possession of over two ounces of heroin and other controlled substances.

After he was arrested and searched, Schuster was advised not to bring any drugs into the jail but during a personal search at the jail, he was found to have an additional eight grams of methamphetamine and was charged with a number of drug-related offenses with enhancements as the offenses were committed while he was out on bail.

While in jail on his latest charges, deputies learned that Schuster was furnishing drugs to other inmates in exchange for money on their inmate accounts used to purchase items. Following a personal search, deputies discovered two individual portions of fentanyl, a very strong heroin derivative, wrapped in clear plastic. He was also found to be under the influence of fentanyl, adding more fresh felony charges for being in possession of controlled substances in jail.

The 2018 burglary case was tried back in February after which a jury convicted Schuster of crime along with a misdemeanor vandalism charge. Prior to the trial, he admitted his prior strike convictions and afterward pled guilty to several drug-related felonies in his other cases.

According to Hovatter, Schuster’s maximum prison exposure in all three cases was 19 years, eight months followed by 25 years to life. At his sentencing on Tuesday, the judge questioned Schuster about his prior burglaries and other felony convictions as well as the facts in the burglary of his parent’s residence. Schuster admitted he sold his parent’s guns and jewelry to fuel his drug habit.