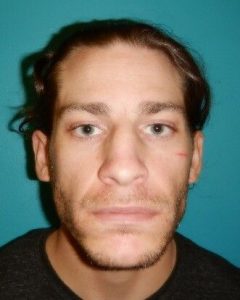 According to Sheriff’s spokesperson Deputy Nicco Sandelin, jail deputies were alerted to a fight between two inmates and were able to separate them. However, the incident, which happened Thursday, left one with serious injuries after which the other involved inmate, 29-year-old Kody Ingram, was charged with felony battery causing great bodily injury. As reported here, last year at this time, Ingram, who had been a parolee, was arrested at a residence for felony drug and firearms violations.

In a separate incident that occurred yesterday evening, 45-year-old Jamestown resident who was in custody after being remanded by the court on failure to appear warrants for unlawful use of personal identifying information to get credit, attempting to prevent or dissuade a victim or witness, and preparing false evidence kicked and damaged cell door window.

According to Sandelin, the inmate, Eric Teague received a fresh charge of felony vandalism, which increased his total bail by $15,000 to $165,000.