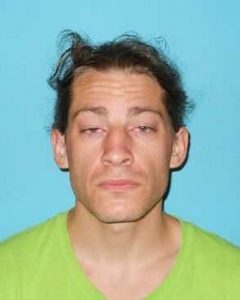 Once on the scene, Tuolumne County Sheriff’s deputies were pointed in the direction of a duplex on Colorado River Drive.  As deputies approached the home, they found spent bullet casings on the ground. It was then that 28-year-old Kody Ingram, a parolee, suddenly walked out of the house.  Startled to see the deputies, he spun around and rushed back into the residence, locking the door behind him, according to sheriff’s spokesperson Sgt. Andrea Benson.

Ingram gave himself up a short while later and was taken into custody without incident.  Inside the residence a firearm, ammunition, drug paraphernalia, methamphetamine and heroin were discovered.

Of note, In November, Ingram was arrested after a vehicle search turned up over four grams of heroin, methamphetamine and items associated with drug sales, as reported here.