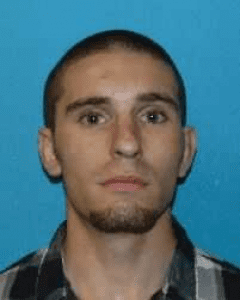 Sonora, CA — A 28-year-old state prison inmate from the Mother Lode has been implicated in a homicide of another inmate.

Officials at the High Desert State Prison (HDSP) in Susanville are investigating the death last Friday morning of a convicted murderer who was serving a life sentence without parole in connection with a case dating back to the 1980s before receiving an additional six-year sentence last October for an in-prison assault with a deadly weapon charge.

According to the prison investigation team’s release, 65-year-old Michael M. Ramadanovic died of his wounds at the prison’s medical facility shortly after the 10:45 a.m. attack by two 28-year-old inmates, Rodney Rice of Riverside County and Robert Smith of Tuolumne County.

Officials report that the pair attacked Ramadanovic with inmate-manufactured weapons on the Facility C yard, generating multiple puncture wounds to his chest, back, head and neck. Officers immediately responded, using chemical agents and issuing a warning shot from the Mini-14 rifle to quell the assault. No staff members were injured and officers recovered two metal inmate-manufactured weapons at the crime scene.

Rice and Smith were placed in segregated housing pending an investigation and inmate movement on Facility C was limited to facilitate investigators looking into what happened.

Smith, who is from the Jamestown and Sonora areas, was admitted to the facility from Tuolumne County in August 2018, to serve two years and eight months for evading or attempting to evade a peace officer while driving recklessly, his second strike.

The previous August, as reported here, local sheriff’s officials posted a be-on-the-lookout (BOL) alert for him after he fled a Soulsbyville residence tossing a backpack allegedly containing over 20 grams of heroin. Sheriff’s officials reported that it happened during a high-risk probation raid there in search of a subject being monitored but who had let the battery on his ankle monitoring device die in violation of program rules. They also posted that Smith went by the name “Kirby.”

Rice arrived at the prison from Riverside County in December 2016 to serve a three-year sentence for evading or attempting to evade a peace officer while driving recklessly and was serving a 2019 sentence from Riverside County for corporal injury on a victim within seven years of a previous specific conviction, his second strike.

Since 2014, Rice has served time for prior convictions from Riverside County for vehicle theft with prior vehicle-theft related convictions, possession of a controlled substance for sale, possession of ammunition by a prohibited person, battery, and assault with a deadly weapon.

Prison officials state that the Lassen County District Attorney’s Office is assisting HDSP’s Investigative Services Unit in the case and the Office of the Inspector General has been notified. A Deadly Force Investigations Team (DFIT) at California Department of Corrections and Rehabilitation headquarters is also investigating this incident. DFIT is a team of trained CDCR investigators that conducts criminal and administrative investigations into every use of deadly force. A deadly force review board will additionally conduct a full and complete review of the incident.

HDSP, located in Lassen County, opened in 1995 and houses 3,283 minimum-, medium-, and maximum-custody inmates. It provides academic classes, vocational instruction, work assignments and rehabilitation programs and has a staff-size of over 1,200.