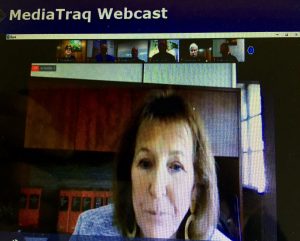 In his latest update to the board, County Health Officer Dr. Dean Kelaita noted the latest state figures: 14,336 confirmed novel coronavirus cases across the state with 343 deaths. and 212 confirmed cases among healthcare workers.

Of Calaveras County’s five cases, he added the two in Copperopolis are now completely recovered. The most recent patient, a Highway 4 corridor resident from the Arnold/Dorrington area was an international traveler and is looking to have contracted the virus that way.

While he did not speak about the Valley Springs resident who contracted and was being treated for it out of area, he acknowledged that contact tracing into the resident locally receiving care is not finding a clear source of infection and could have been a community transmission.

The doctor shared concerns about testing remaining strained in Calaveras and other foothill communities, only now the limiting factor is not the actual ability to get lab support, it is due to specimen collection materials such as nose swabs and tubes with the testing media that are running low.

While Dr. Kelaita currently thinks California’s early response and continued vigilance may keep it from experiencing the infection levels of New York, Detroit, Chicago, New Orleans and other hot spots, he stressed that proactive management and planning remain key.

Towards that goal and in the absence of sufficient testing materials, he outlined a draft order he plans to enact requiring all local medical providers to keep and report data of patients seeking treatment whose symptoms include a temperature of more than 100.4 degrees Fahrenheit and a cough or shortness of breath.

“We have the authority to require and even mandate that medical providers report this information to us on a daily basis for use as a marker for coronavirus infection,” he explained. “If testing capability is low, surveillance of these type of symptoms give us a truer reflection on a daily basis — in real time — to be able to more accurately determine what our challenges are.”

On hand to specifically address Governor Gavin Newsom’s recently launched Project Roomkey plans to help serve vulnerable populations during the COVID-19 emergency, Health and Human Services Director Kristin Stranger stated more clarification from the state was forthcoming but provided the supervisors with an update from a local perspective.

She described the response to help isolate the homeless and others at risk as one that is involving every level of government towards procuring available motel and hotel rooms, providing wraparound services, and other support. While it is not being mandated state officials are strongly recommending local jurisdictions take part of this additional assistance and build upon it by tapping various other sizable funding forms rapidly becoming available, including through FEMA.

The leased rooms would each be used as single occupancy “isolation” units for housing homeless cases confirmed with COVID-19 not requiring hospital care; those needing a safe place to quarantine; at risk individuals, including those coming out of the hospital and/or with chronic respiratory and other diseases, and others whose living situation makes it impossible to isolate. Included as part of the wrap-around support are screening, safety assistance and instructions; technical support for telecare (such as a tablet or smart phone); food, security, and janitorial services.

For Calaveras, which will initially be receiving $71,000 through its Central Sierra Continuum of Care (CSCoC) partnership, the number of needed units is currently estimated at about 75, according to Stranger. The other partner counties, Amador, Tuolumne and Mariposa, are also receiving funding chunks.

She added that her office had already initiated discussions with three lodging operators, the Travelodge, Angels Inn, and Sierra Inn, who expressed interest as long as the wrap-around support services were in place.

Asked for his input on the matter Dr. Kelaita described it as a necessary public health measure. He maintained, “The order to shelter at home and social distancing is for everyone in community…it’s pretty difficult if you don’t have a home.”

He continued, “This lock-down is not going to last forever…the resource has to be there to keep them from infecting others isolate them in the event of illness as the pandemic continues.”

After providing some direction for Stranger to proceed, the board gave its blessing and Board Chair Merita Callaway requested staff to bring a recommendation for the supervisors to consider at its board meeting next Tuesday to accommodate expediting related leases, contracts, and other documents without the board’s administrative approvals.