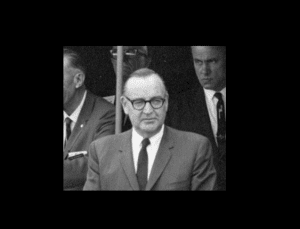 Sacramento, CA — Letters between President John F. Kennedy and members of his administration to former California Governor Pat Brown are going up on the auction block.

The auction house Sotheby’s is estimating the value of the collection to be between $20,000-$30,000. Former Governor Jerry Brown was not informed or consulted about the sale and is questioning how the anonymous seller received the items.

He tells the Associated Press, “I’d sure like to know why the seller is claiming anonymity and why these documents aren’t at the UC Berkeley archives with the rest of my father’s papers.”

There is speculation that the letters may have been taken and saved by someone in Pat Brown’s administration.

Pat Brown served as Governor from 1959-67 and passed away in 1996. The items include a letter from President Kennedy days before his assassination regarding a tax reform proposal, a letter from Lyndon Johnson shortly after the assassination, and a letter of thanks from Jacqueline Kennedy, two years after the death.