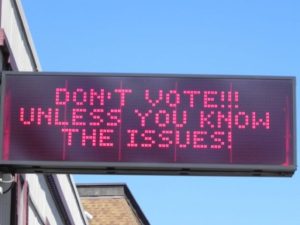 Sonora, CA – Tuolumne County officials remind voters of the P’s and Q’s regarding the March 3 ballot.

Two measures, literally P and Q, pertain to tax increases for the unincorporated areas of the county.

Measure P, if voter-approved, would increase the sales tax from the state minimum of 7.25 percent to 8.25 percent. Sales tax is paid on retail purchases and some services. The additional one percent would stay in the county, and if passed, the increase would go into effect July 1. It is estimated the increase could bring in an additional $4.5 million into the county coffers.

Measure Q, if passed by voters would raise the transient occupancy (TOT) tax from 10 percent to 12 percent and extend to privately operated campgrounds in the county. The TOT is primarily paid by visitors who stay in lodgings, such as hotels, campgrounds, short term rentals or other locally available options.

Other neighboring jurisdictions have recently increased their TOT taxes to help pay for such things as road and infrastructure maintenance and emergency response services, which visitors impact.

Any increases in the TOT would go into the county’s General Fund and not to the state. If approved by voters, the measure would immediately go into effect for new bookings and could generate an additional $1,850,000 annually for Tuolumne County.