Roommate Jailed For Alleged Assault With A Deadly Weapon 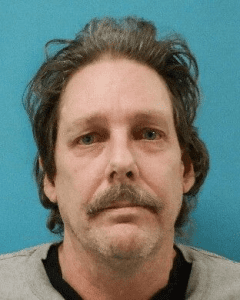 Sonora, CA –- A stabbing victim used a floor lamp to hold off a further injury in a knife attack, say sheriff’s officials.

According to Tuolumne County Sheriff’s spokesperson Sgt. Nicco Sandelin, early Wednesday, deputies received a report of an attempted stabbing at a residence on Meadow Court in Sonora.

Upon their arrival, they found that 58-year-old Mark Peaker of Sonora was swinging knives at a roommate, who suffered a hand-cut during the altercation but was able to keep the suspect at bay by wielding the lamp as a defensive weapon.

Sandelin says Peaker was arrested without incident and booked into Tuolumne County Jail on a bail of $40,000 on a felony charge of assault with a deadly weapon, not a firearm.