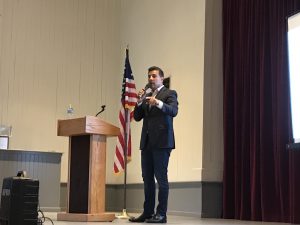 Sacramento, CA – In the wake of their lawsuit against his office, California’s insurance commissioner appears to be doubling down on FAIR Plan insurers.

On Wednesday, the Department of Insurance issued a revised plan of operation for the California FAIR Plan Association that furthers Commissioner Ricardo Lara’s Nov. 14 order. Lara’s office states it was issued because the FAIR Plan failed to submit a plan of operation within 30 days of the order, and filed suit.

The mandate revokes portions of the FAIR Plan’s current plan of operation, also ordering the state association, which serves as California’s “insurer of last resort,” to make specific changes to better serve and protect homeowners.

The actions come in the wake of increasing numbers of wildfire survivors and residents in high wildfire risk areas such as the Mother Lode, who are having to rely on the Fair Plan as their only option for homeowners’ insurance coverage. In order to cover their homes from more than fire risks, those on the Fair Plan currently must cobble together other coverage through a second companion policy from private insurers.

Lara’s order requires FAIR Plan insurers to offer a comprehensive policy, known as HO-3 coverage, in addition to its current dwelling fire-only coverage by June 1 of next year, extending the coverage to provide traditional homeowner features such as coverage for water damage and personal liability. He also required coverage limits to increase from $1.5 million to $3 million and for the insurers to offer consumers a monthly payment plan with the ability to pay by credit card or electronic funds transfer, all without fees.

The new plan of operation requires the FAIR Plan Association to file a rate application for the HO-3 coverage option only for Lara’s review and approval. According to his office, the group may also file any rate or rule application necessary to implement the increased $3 million maximum limits of liability. The commissioner’s position is that while the FAIR Plan is intended as a temporary solution until consumers can find insurance on the standard market, it is important that its product mirrors traditional coverage as much as possible.

“My department issued this revised plan of operation to show we are moving forward as required by law to protect homeowners throughout the state,” Commissioner Lara stated. “The FAIR Plan has become the only permanent option for many homeowners abandoned by the private insurance market. This plan will provide homeowners with the option of basic coverage they deserve in order to feel safe and protect our local economies from the state’s growing insurance availability crisis.”

Asked by Clarke Broadcasting to respond to Lara’s action, FAIR Plan Association President Anneliese Jivan stated, “The FAIR Plan has been providing access to basic property insurance for every Californian who needs it for over 50 years, and we have never turned a homeowner away because of the risk of wildfire. We are doing everything we can to protect our policyholders and ensure their continuing access to affordable and reliable basic property coverage.”

She continued, “We fully appreciate the Insurance Commissioner’s efforts to expand homeowner access to insurance. We recognize that we’re all in this together and remain committed to working with the state to support homeowners and resolve this crisis. Unfortunately, attempting to force the FAIR Plan to provide an HO-3 policy would make matters worse – by diverting critical resources away from work that is underway to benefit our existing customers, by raising rates on California homeowners and by destabilizing the voluntary insurance marketplace.”

As we earlier reported, back on Dec. 5, Jivan sent a letter to Lara’s office warning of what she described as unintended consequences associated with the order. She also acknowledged that operations-wise, the association could not comply with a June 2020 deadline because it lacks the essential infrastructure. Last Friday, her group filed a petition in Los Angeles Superior Court with the goal of getting a judge to annul, vacate or require Lara to withdraw the order.

Earlier this year, FAIR Plan insurers agreed to provide more transparency in their meetings, allow the Department of Insurance to participate in those meetings, and obtain the department’s approval before disbursing any operating profits back to participating insurers.