PG&E Head Gets Heat From State Lawmakers Over PSPS 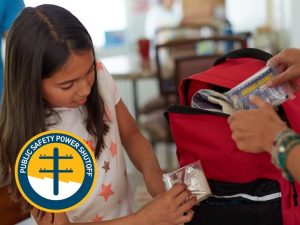 Sacramento, CA — The head of PG&E acknowledged to a state legislative committee that the utility had become complacent about power shutdowns.

PG&E CEO Bill Johnson testified and made the comments during a Monday meeting that also detailed a series of major shutdowns in recent weeks orchestrated by the utility that left millions without power.

These Public Safety Power Shutoffs, or PSPS, as they are called, were ordered during dry, windy conditions to prevent catastrophic wildfires in recent years of which some were triggered by downed PG&E powerlines or debris making powerline contact.

Johnson told the panel the smaller shutdowns persuaded company officials they “had figured it out.”

State Sen. Bill Dodd told Johnson the company’s handling of the large shutoffs has been “a big ‘screw you’ to your customers,” and had created “a real trust issue” with the company.

As reported here, due to strong winds in the forecast, PG&E is planning to tentatively shut off the power again later this week although neither Tuolumne or Calaveras counties are currently listed among the 22 counties that could be part of the outage.