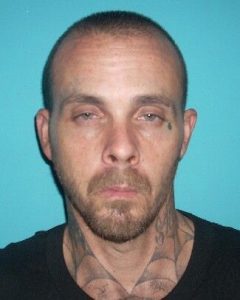 Sonora, CA – A Modesto man has been convicted of using doctored checks from Sonora businesses to steal over $2,900 from two Tuolumne County markets.

A jury deliberated just over an hour last Friday (Nov. 8) before finding 38-year-old Josiah David Silveira guilty of 7 counts of identity theft, 8 counts of forgery, 2 counts of conspiracy to commit a crime and 4 counts of shoplifting. Those checks were cashed at the Tuolumne Market in Tuolumne and the Mar Val Grocery in Groveland, between October 26 and October 31st of last year.

Assistant District Attorney Eric Hovatter, who prosecuted the case, reveals the evidence that linked Silveira to the crimes. It includes forged checks from Joe Cover and Sons totaling over $1600 all cashed at the Tuolumne Market until a cashier, questioning a check took it to a manager as Silveira quickly exited the store. Those checks were determined to be from a different bank than the one Cover and Sons did business with. Hovatter recounts that same day Silveira, with fake checks, supposedly from Gold Mine Storage in Sonora, cashed several checks totaling around $1,300 at the Mar Val while also purchasing items.

The next day (Oct. 31st), Tuolumne County Sheriff’s officials released security camera footage of the transaction and asked for the public’s help in identifying the bad check writer. Using a photograph of Silveira taken from one surveillance video the Sheriff’s Department posted the photo and asked the public to be on the lookout for him. It was a staffer at Black Oak Casino who spotted a man that resembled the released suspect photo and called the sheriff’s office, according to Hovatter. Deputies found Silveira on the casino floor and ironically, he was wearing the same clothing in the surveillance photo and arrested, as reported here.

Inside Silveira’s car, deputies discovered computer hard drives, a printer, blank 8 ½ x 11 check paper, a paper cutter, originally completed Goldmine Storage checks and envelopes, and numerous fraudulent checks that appeared to be drawn on accounts belonging to Mike’s Pizza and Goldmine Storage. The latter was determined to be stolen from that business’ mailbox and altered.

Hovatter shares that based on Silveira’s prior criminal history, he is facing 16 years 4 months in state prison. His sentencing is currently scheduled for January 6th.

Of note, Silveria was one of three inmates at the Tuolumne County Jail that tried to escape in July of this year but was caught quickly, as detailed here.