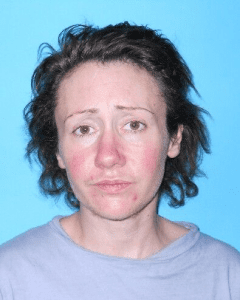 Update at 9:30am 11/5/19: The Tuolumne County Sheriff’s Office reports that 38-year-old Health Bruehl has been found safe. Tips were received after her picture was posted online yesterday. No additional information is immediately available.

Original story posted at 2:15pm 11/4/19: Sonora, CA — The Tuolumne County Sheriff’s Office is seeking leads that could help them find a person who has been unaccounted now for over two weeks.

According to sheriff’s officials, the woman is 38-year-old Heather Bruehl, who is from out of state but was last seen in the Jamestown area in mid-September.

Reportedly, she was visiting the area and staying with a friend. While she was last believed to be meeting with a different friend in the Jamestown area, she did not tell anyone who she was going to see or where she would be.

Anyone with any information regarding Heather’s whereabouts should contact the Tuolumne County Sheriff’s Office at 209 533-5815. Her photo can be seen in the image box.