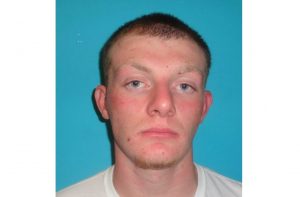 Sonora, CA — The Sonora Police Department reports that a man was arrested for battery, making threats and being in possession of an illegal weapon.

The Police Department was dispatched to the Adventist Health Sonora Emergency Room during the early morning hours and found that a 30-year-old man had been attacked earlier at a residence on South Stewart Street.

The PD learned that 21-year-old Cole Cranstoun of Sonora allegedly became upset with the victim because he had called 911 to assist a friend with a medical need, which subsequently generated a law enforcement response. Cranstoun reportedly hit the victim on the head and caused him to lose conscientiousness.

Officers responded to Cranstoun’s home on Stewart Street a short time later and placed him under arrest. He was in possession of a fixed blade knife concealed under his clothing.

Cranstoun was booked for battery causing serious injury, intimidating and threatening a witness, and for being in possession of a dirk or dagger.