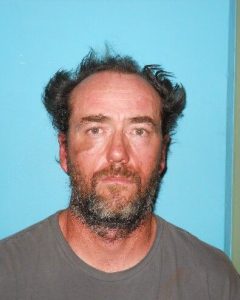 Sonora, CA –- Fighting words between two passing drivers who knew each other quickly turned ugly, resulting in injuries and an arrest.

According to Tuolumne County Sheriff’s spokesperson Sgt. Andrea Benson, deputies responded to Columbia for a reported assault last Friday afternoon. They subsequently learned about the pair’s verbal dispute as they drove past each other, and that following the altercation, both stopped their vehicles on Yankee Hill Road.

Benson further recounts deputies then heard that 39-year-old Thomas Markey of Columbia approached and struck the victim about the head and face with a large black metal flashlight, injuring the man, before driving away.

Markey was later located at his home, arrested and booked into Tuolumne County Jail for assault with a deadly weapon/not a firearm causing great bodily injury. He was assigned a $40,000 bail.

Benson adds that the victim was able to transport himself to Adventist Health Sonora for medical treatment.