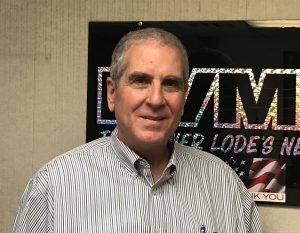 Sonora, CA – The Queen of the Southern Mines is seeking a new City Manager.

Sonora City Manager Tim Miller, who has spent a decade at the helm privately announced his impending departure about three weeks ago, according to Council Member and former Mayor Connie Williams. “We were the first ones to hear from Tim of his plans and knew as soon as he sold his home that the plan would come about,” she confides.

The recruitment brochure, which outlines the position, was just posted to the city’s website. It states that applications must be submitted before Sept. 13.

Acknowledging the short deadline, Williams comments, “Based on what’s going on in the county, there might be some interest there…who knows…there might be people from a larger city that would like to come this way.”

Williams is referring to recent, very painful budget cuts in the works by the Tuolumne County Board of Supervisors and county staff, led by CAO Tracie Riggs. As reported here, while the final budget will be voted on next month, Riggs is recommending the elimination of several positions, including those held by Community Resource Director David Gonzalves, General Services Agency Director Daniel Richardson and Library Director Deborah Samson.

While the city council and staff list that a master’s degree is desired, the required experience is described as equal to a four-year degree and five years of related experience. The salary, outlined as negotiable, lists Miller’s current pay, $153,120 plus numerous benefits.

The brochure also specifies that candidates’ oral interviews will be given 100 percent weight and that the only licenses or certificates necessary for the position are the possession of or the ability to get a California driver’s license.

Williams acknowledges that the qualifications are somewhat open for a reason. “We want all who are interested to apply,” she says.

Miller originally came from Merced to do some work for the city and was initially named Interim City Manager before he was permanently retained. Miller tells Clarke Broadcasting he plans to stay in the position until at least October 7, and could stay longer, depending on how the recruitment process goes.