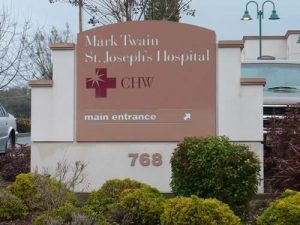 The hospital says the $834,000 project will be built in three phases and is expected to be completed during the first quarter of 2010.

The technology replaces x-ray film with solid-state detectors that convert x-rays into electric signals similar to those found in digital cameras. In addition, digital mammography allows radiologists to manipulate the mammogram to electronically magnify an area, change contrast, or alter the brightness. The computer software aids in the detection of cancer.