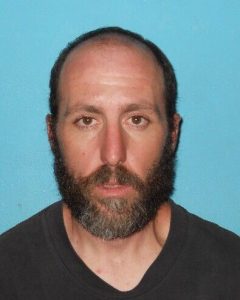 Sonora, CA – A Mother Lode man is facing hate crime charges stemming from harassment and a public attack that rendered the victim unconscious.

According to Tuolumne County Sheriff’s spokesperson Sgt. Andrea Benson, the incident stemmed from a phone call made last Thursday evening by 35-year-old Michael Roden to the victim, during which the suspect used homophobic slurs.

Later that night, arriving deputies in response to a reported fight in the parking lot of the Twain Harte Market on Tiffeni Drive, saw that a large group of people had gathered in the area. Benson reports witnesses told investigators that Roden followed the victim to Twain Harte Market and launched an attack that caused the victim fell to the ground.

At that point, Benson states Roden allegedly kicked the victim in the head and the man lost consciousness for an unknown amount of time. The victim was taken to Adventist Health Sonora for a medical evaluation. Roden was booked into the Tuolumne County Jail, charged with battery with serious bodily injury and a civil rights violation/hate crime. He received a $50,000 bail.