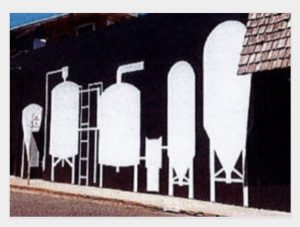 Mural Outside Of Sonora Brewing Company

Sonora, CA — A mural placed on a new downtown Sonora business is allowed to stay.

We reported earlier that brewing equipment was painted along the outside of the new Sonora Brewing Company (former Lighthouse Deli), but the owner was unaware that he was required to receive a permit to do so. Sharon Marovich of the Tuolumne Heritage Committee had filed a complaint that the mural was being used as advertising.

There was a standing room only crowd at the planning commission meeting with overwhelming support for the business owner, Thomas Silva. The city reports that the final vote was 4-0 in favor of approving a permit for the mural so that it can stay.