Fire Activity Down But Drier Conditions Around Corner 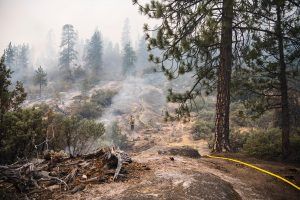 Sacramento, CA — CAL Fire reports that there have been 45,000 acres burned, statewide, this year, compared to 650,000 at this point last year.

This summer, the largest fire has been the Modoc incident that ignited on July 28 and has burned 14,200 acres and is 95-percent contained.

CAL Fire notes that the coming months can often be the most dangerous as conditions continue to dry out, and the snowpack in the higher elevation areas declines.

We reported yesterday there was a 20 acre fire in the Preston Lane area of Jamestown that threatened nearby structures.