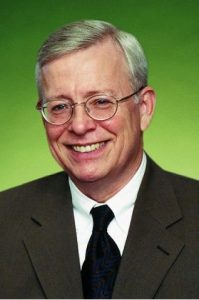 Sacramento, CA — The Executive Director of the League of California Cities, Chris McKenzie, has labeled the proposed Big 5 budget nothing more than a Ponzi Scheme.

McKenzie adds, “Its full of illegal accounting gimmicks and is absolutely not what California needs. When the house of cards falls down and it will fall down, in fact I’ve heard the Speaker (Democrat Karen Bass) and the Senate Pro Tem (Darrell Steinberg) say they think this may last for a few months.

What an indictment of decision making in Sacramento that they can’t even come up with a budget that will last for a year. They are simply lurching from day to day, week to week and month to month and refusing to make extremely difficult choices but we have to get things straight in California or we’re not going to recover economically.”

“They seem to have no reservation about violating the constitution. They’ve got about $4-5 billion of illegal actions in the budget. They know they’re illegal. They’re acting like they are real and lawful.”