California Will Use Clean Air Funds For Water Efforts 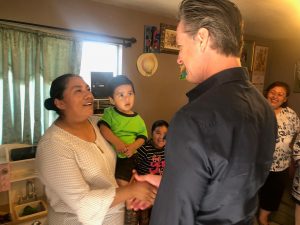 The Associated Press reports that some environmental groups raised concerns about the legislation because it takes away funding that was earmarked to reduce carbon emissions in the air. The Governor argues that disadvantaged communities are most impacted by climate change and it is a “moral disgrace” that over one million Californians lack access to clean drinking water.

Newsom says, “Parents shouldn’t have to worry about their kids drinking from the water fountain at school, and families shouldn’t have to dump water over their heads to shower every day. This funding is critically important to addressing California’s long-standing safe drinking water issues.”

Newsom signed and spoke about the legislation, SB 200, while visiting the community of Sanger yesterday, where he says many families receive five 8-gallon jugs of water every two weeks through a grant program, which they use for drinking and cooking.