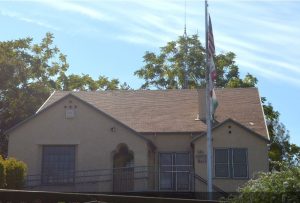 On the regular agenda at Tuesday’s City of Angels Council meeting is an action item to approve the filing of a Proposition 68 grant funding application in partnership with the Angels Camp Community Club for a planned Utica Park Expansion and Rehabilitation project. The submission is due into the state by Aug. 5 and does not require any matching funds.

Back in April, the council gave go-ahead to prepare a proposal seeking $254,942 and hired a consultant grant writing team for a flat fee of $6,000 to do community outreach, gather ideas for park design.

Given the ideas, the application team approached and secured a verbal agreement to a parcel owned by Rasberry Properties. If funded under Prop 68, the council would later need to decide whether to approve the land acquisition, which would add just under four additional acres to the existing 2.6-acre park.

Tuesday’s meeting opens to the public at Angels Firehouse (1404 Vallecito Road) following a 5 p.m. closed session with legal counsel on a matter of anticipated litigation.