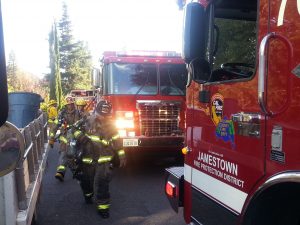 During the Democratic Weekly Address, Representative Emanuel Cleaver (D-MO) stated that Republicans are blocking the disaster relief bill to score putrid political points when Americans are begging for help.

Cleaver was Tuesday’s KVML “Newsmaker of the Day”. Here are his words:

“Hello, I’m Emanuel Cleaver, and I serve the people of the Fifth Congressional District of Missouri, home of the Kansas City Chiefs and right smack dab in the heartland of America.

This spring has been an abnormally stormy and rainy season all across the nation, but particularly in the Midwest. In just the past week, we’ve seen tornadoes wreak havoc on Kansas and Missouri destroying homes, decimating farmland, devastating communities, and even taking lives.

We’ve also witnessed calamitous floods in Iowa, Nebraska, and in Missouri throughout the spring season, causing roads to flood, farms to delay planting, and businesses to take a severe economic hit.

Just this week, Kansas City broke the record for rainfall in the month of May, and we’re facing the consequences of this torrential rainfall all around my Congressional district. As I speak, there are currently more than 300 – 300 – road closures across the state of Missouri, from local roads to major highways. This isn’t just harmful to the people and businesses I represent, the effects are being felt across the nation.

That’s why today I want to talk to you about our Country’s dire need for Congress to come together and pass a disaster funding bill for the people.

Over the past 4 months, Democrats in the House have worked hard to reach across the aisle to pass two supplemental funding bills that would help address not only the needs of the Midwestern communities I’ve been speaking about, but communities in California dealing with wildfires, towns in Alabama ravaged by tornadoes, and Americans in Puerto Rico and the U.S. Virgin Islands are still rebuilding from the disastrous hurricane that occurred in 2017.

Last week, our colleagues in the Senate were able to reach an agreement, with 85 senators, almost unheard-of in terms of bipartisanship in these tribalistic times, voting to support the $19 billion deal that would bring relief to American communities from sea to shining sea.

But unfortunately, a select few of our Republican colleagues in the House have decided to put politics over the needs of the American people, choosing to object and obstruct the disaster bill while we are back home serving our constituents in the district.

These individuals understand that they are a small minority of the House of Representatives and that they are simply delaying the inevitable. That’s why I find is so unfathomable and unconscionable that they have chosen this moment to try to score putrid political points when Americans all over the country are pleading, pleading for our help.

I find myself questioning how we as a nation have found ourselves in this position. It is exactly moments like these, when disaster strikes, that Americans have historically put partisanship aside and worked together for the betterment of the country.

Have we really reached the point where members of the People’s House are going to deny traumatized communities the assistance they so desperately need just so they can go back home and say they stuck it to the opposition party? Is that really what this body has come to?

That is the exact opposite of why we were sent to Congress and an untenable way to govern any nation, let alone the most powerful nation in the history of the world.

We can disagree on policy, in fact it’s healthy to disagree and debate, however, when it comes to the aiding communities razed by raging storms or American families facing tragedy, we must come together for the sake of the people.

The American people – Republican and Democrat, rural and urban – are counting on us to provide the relief they have been waiting on. I have no doubt that we will meet the challenge before us and provide what the people are calling for, but I would urge all of my colleagues to take some time this weekend to reflect on how we’ve reached this low point when even natural disasters cannot bridge the political divide of our body.

For if we cannot come together in times like these, in a time of crisis, we are falling apart altogether.