What About Those Burned Restaurants? 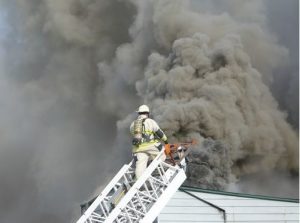 It was Tuesday morning, December 15, 2009 that smoke filled the Sonora air due to the fire that was started in the Bombay East Restaurant on South Washington St. That blaze also consumed the Koto Restaurant next door.

When asked about the Bombay East Restaurant, “We haven’t had a lot of contact recently from the owners of the property where the Bombay East Restaurant was. We had had contact with them to get the second floor secured which they did take care of but we haven’t heard very much from them since. We don’t know if there are insurance related problems or internal funding related problems. We’re just not sure what is going on with them. We are trying to be as patient as possible and allow them to work out their problems and come back to us with a proposal.”

According to Wyllie if the Koto Restaurant is going to rebuild there is a concern about the north common wall between the two restaurants and whether there are any attachments with the building to the north. If they (Koto Restaurant) do go through with the demolition process the city will have to have an evaluation of the north wall to see if it will have to be secured.