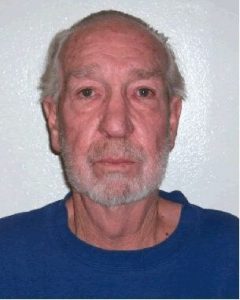 Sonora, CA — Sonora’s Jimmy Lloyd Lindsey was arrested Tuesday morning by the Police Department and booked into the County Jail on two charges.

At 11:41 the S.P.D. received a report of an erratic driver who was possibly under-the-influence. Officers located the vehicle and stopped it on the 1100 block of Mono Way. Lindsey was charged with DUI and driving on a suspended license.

From Chief Mark Stinson, “Due to the Early Release program propagated by the California Department of Corrections and Rehabilitation (CDCR), Lindsey is considered a non-violent offender. This marks Lindsey’s fifth DUI arrest since 2005. Lindsey is a member of the new Non-Revocable Parole (NPR) program. He does not report to a parole agent, cannot have a parole hold placed on him for violating the law and cannot be returned to custody for parole violation for any reason.

At the same time he continues committing the same offense and putting people in harm’s way. He could have easily been involved in a vehicle accident and injured or killed innocent people.”

There are currently 21 NPR parolees (including Lindsey) living in Tuolumne County. The CDCR no longer tracks such individuals, is not required to have a local address in a data base and as stated previously the individuals are not required to report to a parole officer.

District Attorney Donald Segerstrom was quoted Tuesday as saying, “The state of California is demonstrating that cost cutting (balancing the budget) is a greater priority than public safety.”