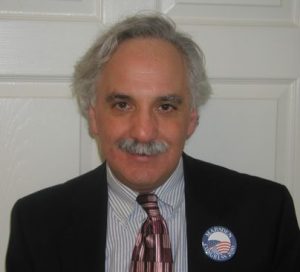 Marsden, of Mariposa, is currently the lone Democrat in the race to fill the 19th District seat of retiring George Radanovich.

Marsden is disappointed with his party’s recent efforts on healthcare reform.

“The bill that we have arrived at in the Senate is something that I cannot support,” says Marsden. “The one simple reason, above many others, is that it mandates that everyone buy health insurance. The problem is that the only industries that you can buy health insurance from are the ones that have created this problem to begin with.”

He says the state and federal government must collaboratively make water a top priority.

“We need to not only supply water for Californians, but also for the food that we eat,” adds Marsden. “If we do not have the region producing food and jobs, you’re going to be relying on food from outside the area and abroad where it is grown with less environmental standards than we have here.”

On energy, Marsden supports creating incentives for industries to create alternative sources, saying that the country must get away from traditional fossil fuels. He opposes the “Cap and Trade” idea, feeling that it would be too easy for businesses to find loopholes and corrupt the system.

Marsden’s professional career has focused on the arts, as he accumulated 3,000 stage performances between the 1980’s and 1990’s. He has lectured at numerous Universities and is the founding Music Director of the Mariposa Symphony Orchestra.

Other notable candidates that are in the 19th District race include Republican Senator Jeff Denham and former Congressman Richard Pombo.