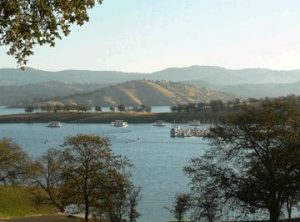 Don Pedro, CA — Details have been released regarding a fatal drowning at Lake Don Pedro.

Tuolumne County Sheriff’s Office Spokesperson Sgt. Jeff Wilson says nine people were out boating Monday night and noticed that one of the passengers was suddenly missing. The group searched and was unable to find 25-year-old Jennifer Renee Heiser of Merced.

The group then headed back to the marina to report Heiser as a missing person. While en route, the boat’s anchor rope reportedly became entangled in the propeller causing the boat to stop abruptly and sink. One of the occupants, 27 year old Victoria Aldape of Merced, was seriously injured in the process. Another boat stopped to help and transported the group to the marina. Aldape was taken to a Modesto Hospital because of injuries to her arm.

Heiser’s body was located the following day by a dive team. The incident is still under investigation.