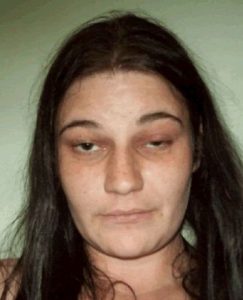 The Tuolumne County Sheriff’s Office reports that at around 10:00 pm, the Sheriff’s Dispatch received a call that two theft suspects were being held by citizens at the Hatler Mill.

When a Deputy arrived at the scene, he found suspects Vanessa and Michael Owsley, both 26 years of age, sitting on the ground and being held by the Mill’s owner and an employee.

During the investigation both admitted to entering the Mill for the purpose of stealing scrap metal. Evidence of the theft was found in Michael Owsley’s backpack. A field sobriety test also revealed that both were under the influence of controlled substances.