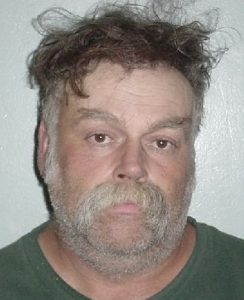 Tuolumne, CA – Three people were arrested after a methamphetamine lab was discovered in Tuolumne.

The primary suspect is 56-year-old David Charles Carr, who allegedly produced the drug at a home at 18343 Hershey Road. Carr’s brother, 57-year-old Donald Raymond Carr, was also arrested in connection. The two were living at the home of their 76-year-old mother. A search warrant was carried out by the Tuolumne Narcotics Team yesterday, items related to the sale and manufacturing of the drug were located.

The third person arrested, 42-year-old Cory Bruce Modrell, was living in a trailer on the property. He was found in possession of drug paraphernalia, a meth smoking pipe and hypodermic syringes.

Sgt. Jeff Wilson of the Sheriff’s Office reports that the residence and property were in deplorable condition with rotting food, trash and overall unsanitary conditions.

David Carr was convicted of manufacturing meth on the same property back in 2003. The mother can no longer live at the home and is now staying with another family member.