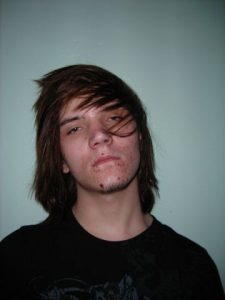 According to Sonora Police, at approximately 8:32 pm, employees from Safeway reported a theft of merchandise totaling $32.06 from their store. The employees described the suspect as a female who fled the scene in a vehicle driven by a man.

With descriptions of both the suspects and their vehicle, officers located and stopped 23-year-old Deanna Webb and 19-year-old James Hanson. The suspects were identified as being involved in the theft and the stolen merchandise was recovered. Hanson was also in possession of a concealed dagger. Both Sonora residents were taken into custody without incident and booked at the Tuolumne County Jail.