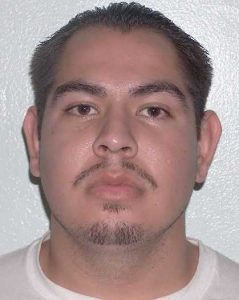 36-year-old Armando Lamas was taken into custody for charges including: lewd and lascivious acts with a child under 14, contacting a minor with sexual intent, and willful cruelty to a child. His arrest came through a multi-agency effort that began with a report made to the Calaveras County Sheriff’s Office.  It turned over the information to Tuolumne County Sheriff’s and Sonora Police detectives, since the alleged acts are believed to have taken place in their jurisdictions.

Sheriff’s spokesperson Sgt. Andrea Benson details that two victims were interviewed in the case, but their gender and exact ages were not revealed.  She adds that the Tuolumne County Kid Interview Team or KIT aided in those interviews. Besides sheriff and police detectives, the team also includes representatives from the Tuolumne County District Attorney’s Office, Child Welfare Services, Victim Witness, Probation, Behavioral Health, and Tuolumne Band of Mi-Wuk Indians Social Services Department.