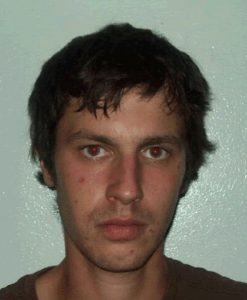 John Robert Olguin a 23 year-old from Sonora, has plead guilty to felony robbery. Olguin was arrested for robbing the Columbia Candy Kitchen in the Junction Shopping Center at knife point and escaping with $160.

The Tuolumne County Sheriff report said Olguin walked into the store, showed a large knife, and demanded cash. Olguin was able to escape before deputies arrived on scene, but an investigation led deputies to interview him after the crime. It was stated that Olguin was also an employee at another business in the Junction.

When deputies searched his vehicle they found a large knife, as well as the sack used to take the money. Olguin was positively identified by one of the Candy Kitchen workers.

Olguin’s sentence is five years probation including a restraining order to protect the victim, one year in county jail, and six months at a live-in rehab facility.

The Tuolumne County District Attorney’s office submitted a letter prior to the sentencing to reject the single year of county jail time but the court declined.