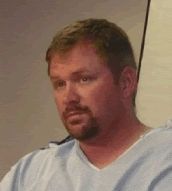 Alpine County, CA — One hunter has died, and another was found with severe hypothermia in Alpine County yesterday.

14-year-old Taylor Dustin of Angels Camp has passed away, and his uncle, 40-year-old Devin Smith of Douglas Flat, was taken away by air ambulance for treatment. The Alpine County Sheriff’s Office reports that the two were hunting over the weekend in the Hermit Valley area and they got lost when a snowstorm hit. Neighboring county and state agencies spent the past several days looking for the pair, in an area that received 18 inches of snow between Sunday and Tuesday.

At three o’clock yesterday afternoon searchers located Devin, and three hours later, Taylor was located. The two were both near Steve Nott Camp in the Mokelumne Wilderness. The Alpine County Sheriff’s Office reports that an investigation is ongoing.

Devin was also rescued by Search and Rescue crews in October of 2009 while hunting in Calaveras County. The earlier story can be found by clicking here.