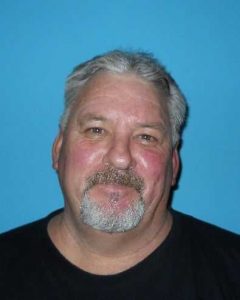 Tuolumne, CA — A raid of a Tuolumne apartment turned up firearms and a large stash of bullets.

Members of Tuolumne County Sheriff’s High Risk Supervision Team recently conducted a probation compliance check at a unit in the Tuolumne Apartments located in the 18400 block of Tuolumne Road in Tuolumne. The search turned up two loaded firearms and several hundred rounds of miscellaneous ammunition, according to sheriff’s officials.

At the unit was, 53-year-old Sean Wallace. Due to being on probation he is not allowed to own or have firearms and ammunition. Wallace was subsequently taken into custody without incident for possessing those items. His bail was set at $10,000.