A Burglary In Progress Ends In Arrests 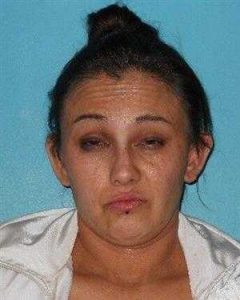 Jamestown, CA – A call from a friend notified a Jamestown homeowner that there was a strange vehicle in his garage and when Tuolumne County Deputies searched the SUV they got a surprise.

When Tuolumne County Sheriff’s Deputies arrived at the house on Shell Road Tuesday night for a report of a burglary, they discovered a Jeep Laredo in the garage and 20-year-old Ronnie Conway of Concord behind the wheel.  Additionally, lights inside the house were on and a door leading into the home was open.  During questioning, Conway claimed the homeowner had given him permission to be there.

Through the Jeep’s window, deputies spotted drug paraphernalia, allowing for a search of the vehicle, which resulted in a shock for the deputies.  Underneath a mound of clothes in the back seat they discovered a woman hiding. She gave deputies a false name, but credit cards and a Contra Costa inmate photo Id proved she was 33-year-old Leonor Crocker of Pittsburg. Additionally, methamphetamine, drug paraphernalia, ecstasy pills, a collapsible baton, notary stamp, and various mailing addressed were confiscated from inside the Jeep.

Crocker also had outstanding warrants for burglary and drugs. The two were arrested for burglary and drug offenses. Their bail was set at $50,00 each. Investigators are working with the homeowner to determine what if any property may have been stolen, according to sheriff’s officials.